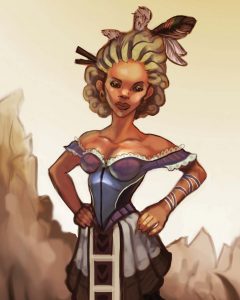 Tired of the same old vacations: fishing the Kellith Sea off the city of Darak, or viewing the mountain vistas from Hammon? You may not know it, but the three major cities of the Continent have unexpected treasures! I recently visited three areas that are off the beaten tourist path, and I highly recommend them to you!

Tarnath, a very old city, was always small but important. Its location off the northern shores of the Bay of Perrin makes it one of the best seaports on the eastern side of the Tamarran Continent. The ancient remains of the City of Sessmaryth is perfect for exploring the mysterious remains of the infamous Emperor Samron.

There remain many mysteries dating back to Samron’s time or before.  There’s the North Gate, which served as the entrance into the City of Sessmaryth during its heyday.  Is there really a series of tunnels below the city and region, once used for travel throughout the valley?  And what is hidden beneath the hill that once held on its crown the massive Palace of the Emperor Samron?

Naldrin City was founded by both ishiri and dwarves, and is known for its architectural splendors.  The five tiers of the city were made by ishiri and dwarves. The ishiri, who love rock and stone, built along the mountain ranges; the dwarves built below it.  Over the years, there have been many altercations between ishiri and dwarves, each claiming original ownership of the territory, but they have managed to co-exist. Home to the Council of Drawnwyn, which speaks for almost all of the most powerful kingdoms and nations on the Tamarran Continent, Naldrin City is often considered the unofficial capital of the Tamarran Continent.

Wherever you end up going, enjoy the places you see and the creatures you meet.  Happy adventuring!