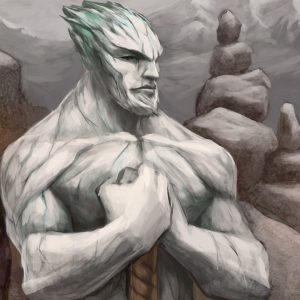 I’ve reported in past articles about various organizations that are known and work across the entire Continent of Tamarra. Of course there are even more local organizations, but that is a story for another day and another column.

Please read on about this famous, and infamous group.

There are many soldiers on the continent of Tamarra. Many owe their allegiance to a nation; some are dedicated to a principle or higher cause; and some fight for the sole purpose of improving their skill. But there are also plenty of soldiers of fortune, and the Mercenaries’ Guild (aka the Mercenaries’ Confederation) of Tamarra gives them organization and access to jobs.

Hiring Mercenaries Through the Confederation

The hiring process is simple. First, prospective employers submit a job to the Confederation’s headquarters in Naldrin City. These jobs can require armies to put down rebellions or fight a war, or a few soldiers to perform simple guard duty for caravans. The Confederation also has non-combat specialists, such as stealth specialists, medics, and Energy wielders for every occasion.

After receiving the request, the Confederation sends blink bats to its various locations across the continent. Nearly every major city on the continent has one — except in The Kingdom of Szaskar Crawn. The crawn there do not look fondly upon the idea of fighting for money.  Different mercenaries then bid on the job, and the Confederation selects the best few candidates. The employer, whose identity is kept confidential throughout this process, makes the final choice.

This can take a few weeks to several months. However, if speed is required you can simply head to the your local Confederation headquarters and inquire about mercenaries currently in the city.

The Best of the Best

To become a member of the Mercenaries’ Confederation, you must pay a small annual membership fee1 which makes you eligible to bid on any assignment. This is more of a formality to make a clear distinction between members and non-members than a fee to feed the organization’s coffers.

There is nothing to say that a mercenary has to join the Confederation, and there is no ill will toward those who do not. Non-members can still find plenty of work by building a reputation for themselves. There are many people who don’t want their requests going through formal channels, even if those channels are confidential and morally lax. The Confederation, after all, does not accept illegal requests — it needs the cooperation of the states of Tamarra to survive.

The membership of the Confederation has a unique feature: it sometimes includes creatures that are not members of the Ten Races, including scarecrows, goblins, gandrihva, and gurv.  There is even a rumor that the Confederation counts a Chik Chik amongst its ranks, though anyone with sense dismisses this rumor. While these creatures are few and far between, their status as part of the Confederation helps to make them socially acceptable. Well, relatively.

The Confederation has its headquarters in Naldrin, where the controlling body is fairly unremarkable. For all of Naldrin’s typical bureaucracy weighing them down, they have a pretty good turnaround time — and copious, highly detailed records. These records require highly powerful security at Confederation headquarters: someone with access to all the mercenary requests for the past 150+ years could do a lot of harm (if they understood the filing system well enough to find what they were looking for).