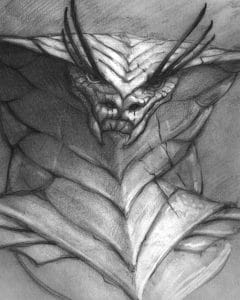 It is the policy of the Guilds to stay out of the political, economic, and military affairs of the governments of Tamarra. While they may be quite powerful in their own way, they could not stand on their own if they angered a nation. And, of course, the Guilds aspire to be a home to all Channels, regardless of their nationality or allegiance.

Six as One is stoutly opposed to this idea.

Six as One is made up of Channels who believe that Channels should rule the continent. They believe their superior ability to learn new things and improve their abilities by accumulating essence makes them better-fit to run companies, organizations, and even governments, than their “mundane” brethren.

While many in the Guilds disagree with them, the Guilds have as one of their core tenets the free exchange of information, ideas, and opinions. Most Channels oppose the Six as One’s ideology, but their argument has a certain logic that they cannot entirely dismiss. So while they are not happy about such talk, the Guilds let it continue, and do their best to repair any strain it might put on relations with non-Channel organizations. The Guildhouses in Naldrin, for example, had their members expelled from the city for a brief period in SP ~ 5012, after Six as One members used their bodies and a variety of powers to create a blockade around a charity ball to raise funds for a Mayor’s reelection.

Unsurprisingly, Six as One is not beloved by non-Channels. Six as One treats them like children: they are generally benevolent, but incredibly patronizing. Non-Channels have a wide range of reactions to this, depending on the individual, ranging from annoyed but dismissive to violently furious.

Six as One has been known to hold demonstrations at a variety of events held by both Guild and non-Guild organizations. While these demonstrations are always peaceful to start, there have been times when someone in the crowd becomes angry enough to turn violent. The results are … unpleasant. One such event in of the Kingdom Szaskar Crawn left twelve Channels dead and thirty wounded. This does not include the Crawn who were killed or injured when the Channels began to defend themselves.

The members of Six as One have always tried to protest peacefully. However, there are rumors that the organization contains a secret, extremist faction that is dedicated to achieving the supremacy of Channels by any means necessary. Rumors say that they have infiltrated governments and other groups using Charismatics and Mentarchs. Some believe that they are also responsible for the disappearance of certain convoys on Tamarra’s great roadways. Six as One is always quick to point out that raiding parties of Shem Amuam (cruel and merciless monsters brought to Tamarra over thirty years ago by invading Nulentians) are a far more plausible explanation. These are, of course, just rumors — no real evidence has ever been produced. The rest of this organization has both denied that this faction exists, and condemned any actions such a group might theoretically take.