So You Want to be a Diplomat 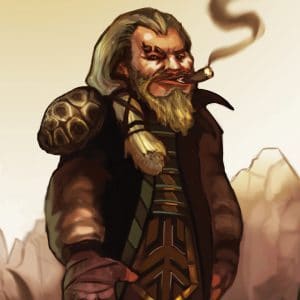 Hello, and thank you for your interest in the Diplomatic Union (DU).  This pamphlet has been Energetically attuned to be readable only by someone who has been given the access code, so you must have passed the first set of tests.  Well done, you’re still alive!

You may be asking yourself: What is the DU? We like to think of ourselves as pragmatic realists.  We see a problem, we find a solution, and we follow through.  We neither encourage nor shy away from violence; if it is the best tool for the job we use it and if not, we don’t.   When the leaders of Naldrin City are deciding whether to send an army to flush the Scarecrows out once and for all, the DU is there to guide the talks.  We’re also there when rival gangs are fighting over ownership of a neighborhood in Tarnath, or when emotions are escalating because rival generals of the Crawn nation each feel they have a claim to commanding the army.  And if someone (or a few someones) end up dead or find themselves having an unexpected change of opinion, the result of which is greater peace and happiness, who could blame us?

Just as important, let us say what the DU is not.  Many with narrowed vision can’t see the difference between us and the Negotiators, but we are not pacifists too frightened to do what needs to be done.  Nor are we street thugs or military drones like the Open Hand or the Mercenary’s Confederation.  We do not hide in the shadows, frightened of being discovered, like the cowards of Wind and Silence or the oh-so-mysterious Unnamed Organization.  Lastly, we are not like the Six-as-One — fanatical idealists who are so blinded by their own belief in their innate superiority that they cannot think clearly.

As a member of the DU, you will be sent on missions of the utmost importance.  The world balances on the edge of a razor, and you have the power to push it in the right direction.  Your actions could determine the fate of political figures, whole armies, entire nations, or even the entire continent of Tamarra.

You follow in the footsteps of many great Diplomats.  No one knows when the DU was founded, but we do know who founded it:  one of the greatest minds of all time, a Dwaheely known only as Dkel, who was a master of Mental Energy on a scale the world may not have seen since.  He realized that the masses are unfit to decide the fate of society: those with the knowledge and skill to see what is best must guide the world.  Since then, many great thinkers, often with a gift for either Mental or Emotion Energy, and sometimes both, have joined the ranks of the DU.  There is not space here to list them all; after your training begins, you will soon have them committed to memory.

A thought will soon come to you — it will contain the time and location of your next training.  After that, there is no turning back: be sure you have the strength of will and courage to uphold the responsibility of a true Diplomat.  If you do not arrive at that location at that exact time, your memory of this pamphlet and all previous tests will be erased, and you can go about your life as you did before, blind to the truth.  But if you have what it takes, you will soon learn to bend the strands of fate to your will.  We expect great things from you.