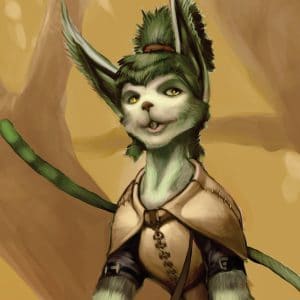 How it All is Organized

The Guilds are one of the most powerful forces on the Tamarran continent. They may not have the large armies or lands of a kingdom, or claims to any throne, but they do have exceptionally talented, powerful people, and a scientific method that is continually making them more so.

Even though the Guilds officially stay out of Tamarran politics, they are still a massive organization, and require some serious structure just to run.  Perhaps most importantly, they have a very important place in the lives of most folk on the Tamarran Continent, whether you are a member of the Guilds or not. They especially have an effect on your life if you are a Sorcerer, which is, of course, strictly forbidden (by the Guilds)!

The Guilds organize themselves in two main way: internally (within a particular Guild), and externally (interactions between the different Guilds). This very short treatise will focus only on their internal organization.

There are three levels of each of the six Guildhouses; namely, Central, Regional, and Local.

The Central Guildhouses, which are the headquarters for all of the Guilds of that type (e.g. Charismatics belong to the Charismatics Guild, Mentarchs belong to the Mentarch’s Guild, and so on), are located in Tarnath. From here, policy decisions that affect Guildhouses and members across the continent are made. These Guildhouses are the most elaborate on the continent, having been built by the great Samron himself during the height of his power. They are also home to some of Tamarra’s most powerful channels, including The Guild Council, composed of six Channels (one from each Guild) who form the primary governing body of the Guilds.

The Regional Guildhouses are all well-equipped. It is not uncommon to find powerful Channels here who have overcome the 12th barrier in their Energy and are considered to be amongst the top of their Guilds. The structures themselves contain laboratories, training facilities, and ample security.

The third, and last, level of the Guild organization’s hierarchy are the local Guildhouses. Depending on the size of the town or city in which they are located, these may be relatively large (6-10 powerful channels from each Guild) or quite small (one or two low-barrier channels from only a few of the Six Guilds). Each local Guildhouse has a great deal of autonomy. They have the freedom to decide on their own rules and their own leadership structure (if one is even necessary). The only rule that is strictly enforced from the top down is the decidedly fierce opposition to Sorcery and anything that might be related to it. There are, however, suspicions that some of the local Guildhouses have bent the rules and either tolerate or even go so far as to cooperate with local Sorcerers. As stated before, this is strictly forbidden!

We will discuss the interactions between the different Guilds (external organization) in another message.