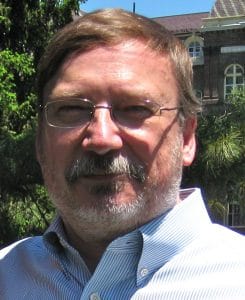 Robin, President of FNBGames, is a computer scientist with an MSE from the Moore School of Engineering at the University of Pennsylvania. He has worked in the field of Artificial Intelligence (AI) for over 25 years, and has been interested in RPGs for even longer. In the early 70s, while fresh out of college, he began putting together his own version of an RPG, originally called “The Game.” For the next 15 years he devoted his time to AI and to raising his three sons: Simon, Caleb, and Jacob. In the early 1990s he took up “The Game” again, when his sons discovered that their father had created such a thing and pestered him until he showed it to them. Since then, Robin has continued his work in AI, as well as his interest in developing “The Game” into “Beyonder.” 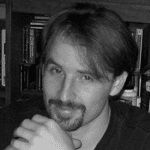 Simon is an entrepreneur and independent marketing consultant, in addition to being FNBGames Director of Marketing. Simon has been creating and running games for many years, some of them while he pursued his major in History and East Asian Studies at Brown University. Since graduating from college, he has been a small business entrepreneur. Simon’s favorite thing about games is creating a wonderful and immersive experience for players, and finding the best ways to most strongly deliver that experience.

After studying neuroscience in his undergraduate years, Caleb worked briefly in restaurant kitchens before moving back into the sciences. He completed medical school at Columbia University and is now a senior neurology resident at the Mass General-Brigham program in Boston where he plans to specialize in neuroinfectious diseases. Caleb, who is Director of Story Development, does much of the creative writing for Beyonder, and is lead author of Imbelnhi’s Bestiary. In his spare time Caleb enjoys cooking, playing with his pet hedgehog (she is perfect and he loves her), and foraging for mushrooms. 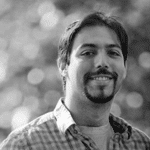 Jordan Campbell is actually a robot bent on world domination. However, due to a glitch in his programming he had to give that up, and now lives a normal human life. Jordan studied math, physics, and computer science at Vassar College, where he also developed his interest in Juggling and Fire Arts.  He has had several careers (fire dancer, theatrical technical director, and teacher of mathematics, physics, and computer programming) in several cities (San Francisco Bay Area, New York, and Philadelphia) but is currently residing in Honolulu where he is focusing on the job of raising two future gamers. Jordan is the Director of Game Development for FNBGames.

Jacob studied many things at Vassar College and also received an Engineering Degree from Dartmouth.  He counts himself among those in the computer science field and is currently working in the IoT (Internet of Things) field.  He’s been a Beyonder player since he was old enough to convince his two older brothers that he could hold his own on any adventure.