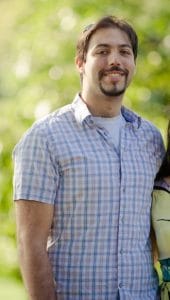 “I made my first Beyonder character in fifth grade.  I had no idea what an RPG was.  I didn’t know that the choices I made on that first day would have lasting effects for decades to come.  I chose to be a human, since I knew what that was — I wasn’t so sure about the other options.  I made him a warrior, because I had no idea what mentarchs or charismatics were.  I named him Ordanjay, because in fifth grade pig Latin is cool.  In college some friends invited me to play D&D, and even though by then I had years more gaming experience, had read tons of fantasy novels, and was over the whole pig Latin thing, I felt equally unprepared when I sat down to make my first character.”   — Jordan

When we were designing the modern incarnation of Beyonder (probably the fourth complete rehaul of the system) we wanted to avoid putting our players in the position of having to  make random choices for their first character.  On the other hand, we wanted seasoned players to be able to make characters quickly, based on their more complete knowledge of the system and setting.  Here is what we came up with to accommodate everyone.

We have four ways to create a character; MYCA and CYC are available in our Rulebook Beyonder: Science of the Six, and all four are available on our website (you will need to create a free account to access them all):

MYCA is a “choose your own adventure” story.  Your character wakes up on the first day out of the Guild Academy looking forward to their first assignment.  The choices you make for them as you guide them through the story will determine their race, Guild, Powers, Talents, and Organization.  Then you add a few finishing touches, such as choosing their homeland (gives bonuses to Talents) and their first assignment (determines their starting gear).  In about five minutes you have a complete character that fits your vision, since it is based on your choices.

CYC is for the player who who really wants to dive into the nitty-gritty of the mechanics.  You make individual choices about every aspect of your character including race, size, gender, Energy Affinities, Defense Ratings, Guild, Talents, Proficiencies, Powers, Barrier Abilities, organization, homeland, and equipment.  This one takes a bit more time, but sometimes you just want that level of control. NOTE:  If you choose the CYC option and work directly from the rulebook, you have to keep track of each step on your own.  You can also do this on our website, where we have automated this process, tracking your decisions and calculating all the values for you.

Quick Choice is a nice balance between MYCA and CYC.  Instead of asking you to pick every aspect of your character as you do in CYC, we have packaged some of those attributes together to make things faster.  For example, instead of picking your Affinity Scores, Guild, each individual Power, and your Barrier Ability, we have created “schools” within each Guild that include a well balanced grouping of those four attributes.  So rather than choosing each individual piece you choose to be part of the Mentach School of Sages or the Mystic Healing School or Charismatic Arbitration School and that fills in the details for you.  This takes about as much time as the MYCA, but gives you more direct control.

Off the Rack provides a number of premade characters that you can plug right into your game.  This is especially useful for Moderators who don’t want to hand-craft every NPC.

We are currently in the early phase of designing our newest CharGen option, “Master Builder,” presently available only to a small group of testers. This is going to be really exciting, allowing you to go beyond the basics and even beyond the rules of normal CharGen; for example,making a Wellyn as tall as an Ushen or an Affinity Score beyond the usual allowed values. If you are interested in joining the test group, please email info@fnbgames.com with the subject “Master Builder Testing.”

You can explore all of these options using your FNB Games login here.  Interested in delving a little deeper into each type of CharGen?  Look out for more to come on each method.  Until then, Ordanjay ayssay oodgay ucklay!