By Lusa Lockless, Travel Editor and Reporter-at-Large, the Tarnath Times 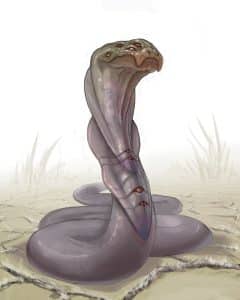 Are the rumors true? Is there a killer moraktatha slithering through the streets and the dark stone steps of our beloved city devouring folk at will? And, what are our local officials doing to stop it? Unless I’m mistaken, it is their duty to protect us, is it not?

Friends, please don’t panic. Even if those who have sworn to protect our community are failing at their job, you can count on Lusa Lockless to keep you informed!

The first mysterious event was reported almost three weeks ago. Perdy Fellfether, father of five, failed to find his way home. His husband immediately told the constables of the Western District (one of Tarnath’s most peaceful and clean neighborhoods), pressing upon them the constancy of his husband’s punctuality. “He’s never late!” Perdy told me he told them. But, it would seem they had better things to do, and Fellfether is still missing with no explanation, or comment, from the Western District’s officials. I’m sure you agree with me that we all send our thoughts and prayers (each to our own gods of course) to Perdy’s family.

The next attack occurred just a few days later. Thalmo Podwall, owner of Podwall’s Perfumery on Hethgeg Street, was on his way home when he saw a human-like figure following him. Actually, he “felt” that he was being followed by a human-like figure. His emotions were telling him one thing, but his eyes, when he could get past his feelings, told him another. He stopped to challenge his stalker. His description resembled that of Mr. Fellfether; however, Mr. Podwall said that the human he talked to seemed to have trouble responding. It hesitated in answering and then seemed to use several words out of context. Of course, Thalmo was worried about their mental state. When he flourished a cudgel that he carries for security, the creature backed away. As Mr. Podwall walked away he swears that the creature seemed to fade from his heart. It then appeared as a long, thick snake slithering into a nearby alleyway. Strange indeed, Friends!

Since then there have been a number of other assaults. Some folk have been reported missing under strange circumstances and others have told of similarly strange encounters.

My contacts at the Charismatic Guild have assured me that this has all the signs of a moraktatha, and likely a large one, and old. These creatures, in their natural form, resemble snakes with many eyes. They can be quite large, as much as ten feet in length or more. What is truly unique about a moraktatha is expressed perfectly by Imblenhi in his famous Bestiary: “In addition to the physical nourishment, moraktatha get knowledge from their prey; they actually live out the entirety of their meal’s life as they digest it, experiencing every thought and emotion it did. After digesting something or someone, a moraktatha knows everything that creature knew, remembers that creature’s life with the same fondnesses and petty hatreds that the creature itself held”.

I will leave you with this warning, my Friends — beware of strangers after sunset and, when you can, travel in groups, until this thing is found and destroyed.

Until then, you can count on your Lusa Lockless to keep you informed about the latest events, so remember to read my column every day.

Until next time, stay safe!